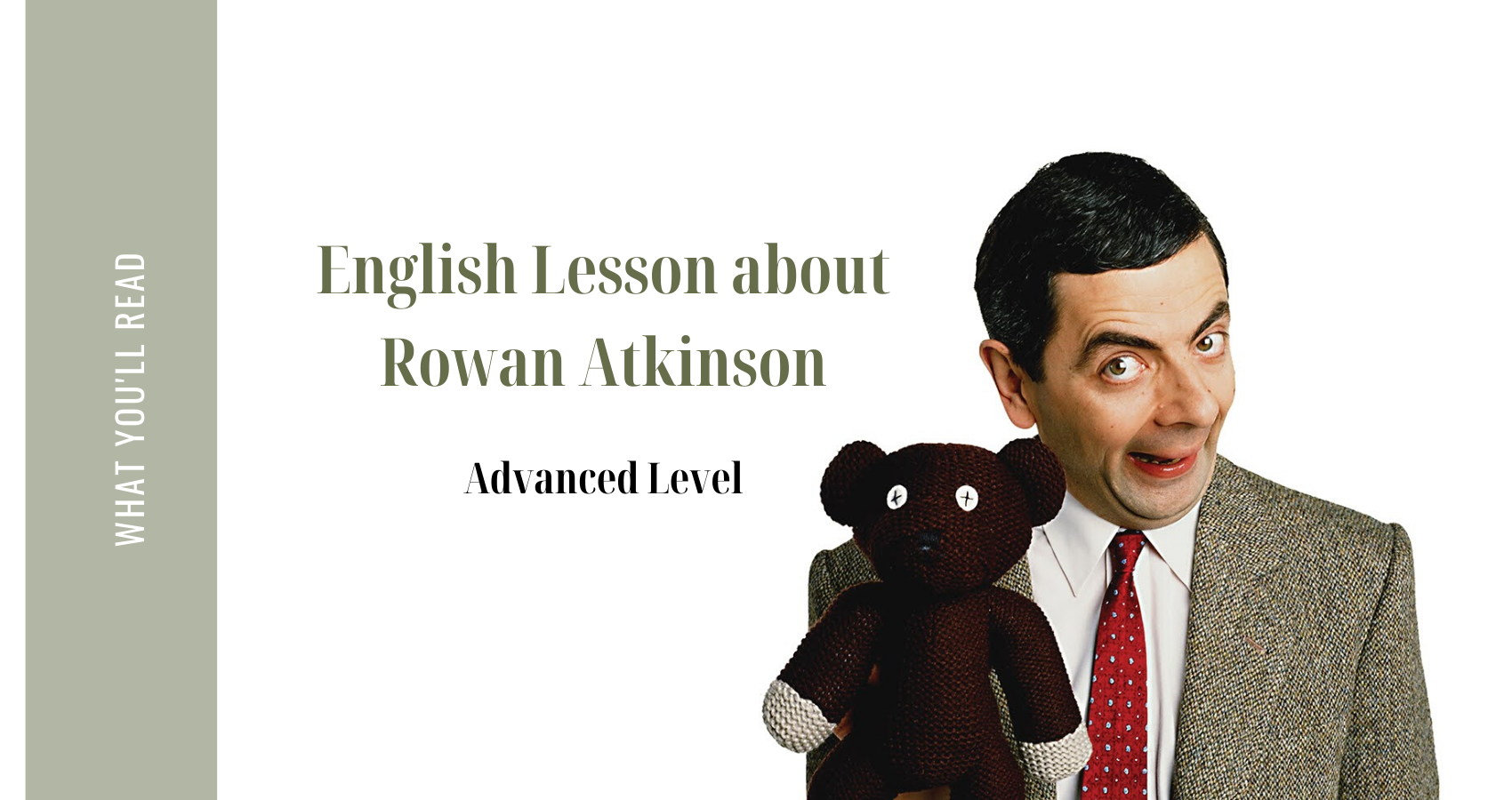 Today’s lesson we would like to talk about a few famous people from England.We will be posting a few more this week. Focus will be general knowledge combined with english vocabulary words. It doesn’t matter where in the world you live , we all have someone famous from our home country to talk about.

Who is Rowan Atkison ?

Rowan Sebastian Atkinson CBE is an English actor, comedian, and writer. He is best known for his work on the sitcoms Blackadder and Mr. Bean. He attended Newcastle University and Oxford University where he earned degrees in electrical engineering. During that time, he met screenwriter Richard Curtis, with whom he wrote and performed comedy revues.

Atkinson enjoys nothing better than fast cars. He has been married to Sunetra Sastry since 1990, and they have two children, named Benjamin and Lily.

In March 2001, while Atkinson was on a holiday trip to Kenya, the pilot of his private plane fainted. Atkinson managed to maintain the plane in the air until the pilot recovered and was able to land the plane at Nairobi’s Wilson Airport.

What movies did he do?

Rowan Atkinson is loved across the globe for his roles as Mr Bean, Johnny English and Edmund Blackadder.

The former Prime Minister Tony Blair went To school with him, and they were in the same class.